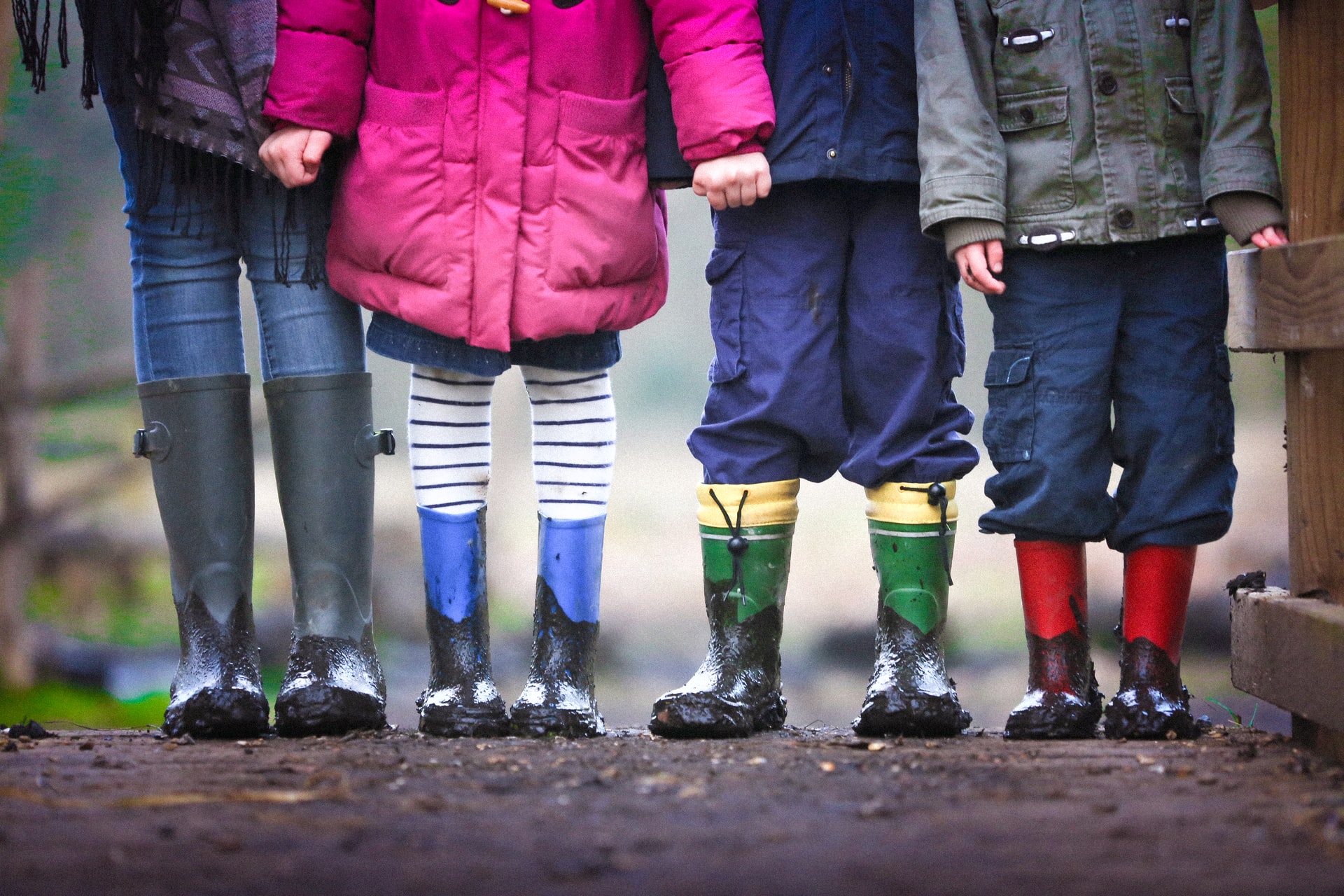 By Craig RoberstonJune 9, 2020No Comments 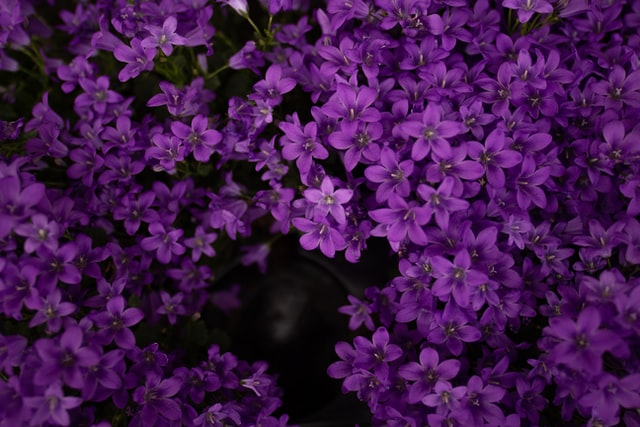 Over the years when I have been able to get out of town and change my pace of life, I have found I have renewed vision and perspective.  I had a surge of this creative energy at a men’s retreat I attended in early 2011.  It was in the middle of a capital campaign at the church we were attending themed Outlive Your Life.  During this season I was thinking a lot about legacy and moving from a successful life to a life of significance.  The leader asked us to write down some goals for the future, and more specifically where we hoped to be in 6 months, 1 year and 5 years.  As part of the exercise I wrote the following:

…In 6 months I would like to expand my business to include some philanthropic endeavor (like an adoption agency).

Unlike me, Rachel takes her time to hear God’s voice.  She instinctively serves others, especially the vulnerable.  When I met her, she was a recreational therapist at a nursing home.  Her job was to stimulate the sick and elderly residents with social and recreational activity. She loved her job. While some women can spot a cute baby from across a room, a smile immediately comes across my wife’s face when she sees an elderly couple. This love for often forgotten people was enriched when she started volunteering at a house for homeless teens.  A popular Bible verse in the Christian orphan care community is James 1:27, which says “Religion that God our Father accepts as pure and faultless is this: to look after orphans and widows in their distress and to keep oneself from being polluted by the world.”

Rachel lived this out in her daily life before it was popular.

Looking back, I had no idea the convergence of my creativity and Rachel’s heart would be the catalyst for the events which unfolded over the 9 years that followed, which started when we founded the new philanthropic endeavor I wrote about.  We called it 200 Million Flowers. As you may have heard before, 200 Million Flowers’ name comes from the estimated number of orphans in the world  coupled with a famous quote.

How can there be too many children? That is like saying there are too many flowers.

To be clear, we had no idea what we were getting ourselves into, but we were aligned with a passion to help change the lives of children and families for the better.  At first, we decided to become a licensed child placing agency, which I thought would immediately give our organization an identity.  While we accomplished this goal, and even helped several families in their infant adoption journeys, as time went on we realized the biggest need in Mississippi was for more resources in foster care, so that’s where we shifted our focus.

For example, in the wake of the Olivia Y case, we had the opportunity in 2012 to create the first ever Mississippi Heart Gallery.  We did it for free.  We later received a contract from the state and grew to be one of the primary sources for information in Mississippi for Christians who felt called to be foster parents.  In those early years, we had lots of events to generate awareness about the issues in Mississippi child welfare, and we supported our community by hosting Christmas parties and buying needed items for foster children like duffel bags and backpacks. Eventually, we received a contract with CPS to operationalize the Rescue 100 program, which provided expedited foster parent training to hundreds of families.

When CPS was facing many challenges and competing priorities, 200 Million Flowers stepped up to take the lead on making more foster homes available in the state. Their efforts were well planned and executed and sensitive to all aspects of supporting emerging foster parents. What they did for CPS in under 2 years moved us forward immeasurably.

Through all of our projects, we had a host of people who helped us along the way, but none were more important than our staff.  One of those team members who was instrumental in shaping the direction of our organization was Rick Valore.  Rick served as our executive director from 2013-2016.  Before being called to Mississippi, he gained foundational experience in foster care working with Project 1.27 in Colorado.  He encouraged us to think locally while recruiting, training and supporting Christians who felt called to be foster parents.  After he left us, Rick and his family moved to Montana to work in a similar organization called Child Bridge.

Another instrumental person in the life of our organization was Vanessa Sceroler. Vanessa wore many hats with 200 Million Flowers, from working with mothers in crisis pregnancy to completing home studies for adoptive and foster families.  She currently works with HomeCare Hospice helping patients and families through the end-of-life experience.

Jamie Walley was our Communication Director and was instrumental in teaching our introductory classes about being a foster parent, among other speaking engagements.  A former Heart of Adoption award winner, Jamie was called to pastor FBC Florence (MS) in December of 2018. While serving as a foster family in 2014, he and his wife Stephanie brought a 5 month old child into their home. Timothy or “Swaggy T” has congenital nephrotic syndrome and is now on his journey to a kidney transplant. He legally became their son in 2017.

Clint Pentecost was our Chief Operating Officer and was primarily responsible for the Rescue 100 program.  After spending some time with me working in my family law practice, Clint was recruited to rejoin his former law firm. He is now the lead defense attorney representing the State of Mississippi in the Olivia Y case.

Over the past two years, Rachel and I have continued to seek opportunities to partner with other like-minded organizations who focus their energy on kids in Mississippi.  Although we have engaged in serious discussions, we have not identified a permanent partner.  In the meantime, with the resources of 200 Million Flowers, we have continued to support other local organizations who are focused on caring for Mississippi kids.  In fact, just this week, Rachel learned of a need at a local emergency shelter and we purchased 500 masks for the staff and children. Until we have clear permanent direction, we will continue to support local people who do great work in our community.

As I reflect on our 9 years an organization, Rachel and I feel grateful God used us during this season of our lives.  We frequently here about how a 200 Million Flowers employee or program changed a person’s perspective, and sometimes even their life.  While the future of 200 Million Flowers is uncertain, the need in Mississippi continues to be great, and the call upon the Church to partner with the government to care for our most vulnerable citizens remains the same.

Craig Robertson is the founder of 200 Million Flowers and the law firm of Robertson + Easterling. For over 20 years, he has practiced law in Mississippi on a daily basis, and he is considered one of the top attorneys in the state to work in complicated termination of parental rights and adoption.  He was appointed by the Mississippi Supreme Court to serve on the Mississippi Children’s Justice Commission in 2016 because of his philanthropic work.