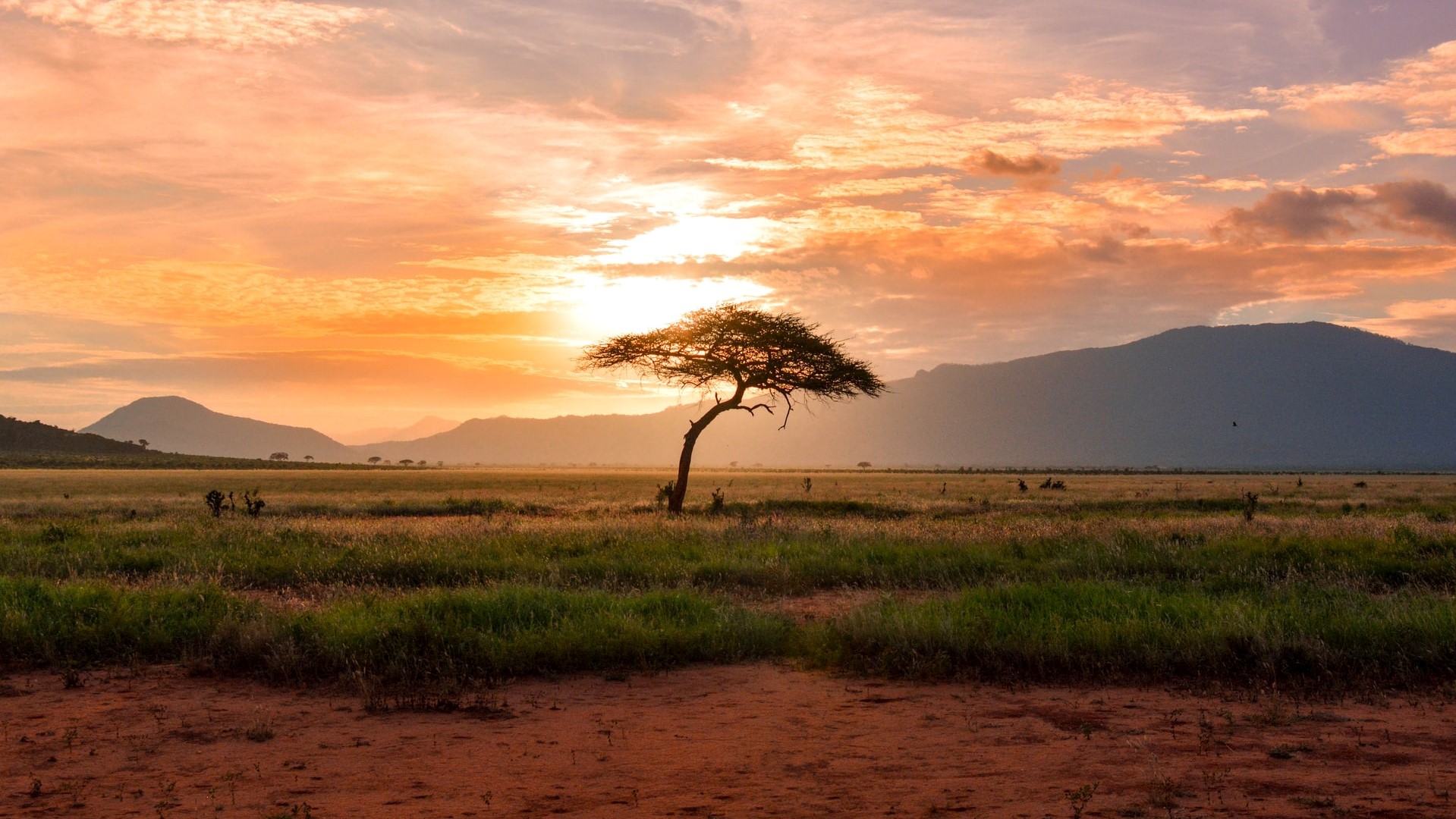 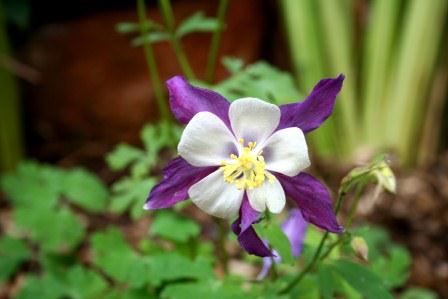 Today I woke up about 3:30 to the sound of rain on the metal roof of our guest cottage at the Old Berkshire.  I could not go back to sleep although it was the perfect slumber weather with rain and the hint of jungle.  The temperature has cooled considerably.  I got up and went looking for monkeys at daylight, but even they were smart enough to be elsewhere.

Today we are to be with iThemba, which means “Hope” in Zulu.  iThemba was started in conjunction with the Baptist church in Hilton.  They work out of a small portable building on the church’s gated grounds.  Hilton is the Beverly Hills of this area.  Our guide for the day was a girl with dual citizenship in South Africa and the United Kingdom.  Her name is Debs.  She told us her story and I liked it so much I asked her to tell it again.  She was working in the UK in the pharmaceutical industry analyzing computer data.  She hated it.  As we snaked up and down the hillsides dodging cows that roam freely on the roads she explained that she was tired of making the rich richer.  After a two week mission trip to an orphanage in Brazil, her distaste culminated for her vocation and she decided to complete a six month internship at the orphanage and see what happened.  Due to circumstances caused by internal changes in the Brazilian mission, the door was closed.  She had gone to college with Stu, the founder of iThemba, and after reading an article in a British newspaper about a grant that his organization received, she reached out to him via email.  He just so happened to be traveling to the UK for a fundraiser that very day. While far from a trained teacher, she lights up when she talks about her work.  During a pause in the conversation in route to Sweetwaters, she popped a Zulu disk into the radio of her very modest vehicle.  She reflected, “I wanted my life to count for something, you know?”

My words cannot give justice to the amazing work and organization of iThemba.  Our focus today was on the Asidlale or “Let’s Play” component of their ministry, which is an educational support program for early childhood development centers and preschools in the Sweetwaters community.  Sweetwaters is the carnage created by apartheid, poverty and HIV.  South Africa has many similarities to Mississippi, but we called ours segregation and it ended thirty years sooner.  The crèche had probably 35 kids aged two to five.  Handwritten signs near the door were written in English and spoke about one’s right to privacy and the inability of the school to deny children from coming to the center that were HIV positive.  I don’t know if the signs were posted for us or the mostly illiterate young Zulu women who drop their children off every day.  The place is called Nkululeko or “Freedom” and is on the side of a hill.  It looks like something you may see riding through the Mississippi Delta, only worse.  There is no heating or cooling.  The building is more like a barn than a preschool.  The children are bundled in jackets and wearing hats, but there shoes are in a line by the front door.  When we arrived, the children were quietly listening to the teacher, named Nombuso, who was instructing the class in their native tongue.  My southern mouth cannot make the pops and ticks mixed with letters, so I cannot correctly call many of the children by name.

The children were engaging.  Their clothes appeared to not have been washed in months.  They were not as clingy as the orphans at Tabitha.  Several disgusting outhouses line the edge of the property.  Because it was raining, when I would see a little one slip out the back door, their little brown feet were covered with shoes again.

The crèche is the best in the community, but would have been long sense shut down in America.  Debs beamed when she talked about the progress the school has made, but iThemba only works with eight of the approximately two hundred schools.

At snack time, the teacher arranged several blankets on the cold concrete floor.  Brightly colored packages of chips, pretzels and corn puffs appeared from their school bags.  The children would gather into groups of five or six and they dumped all of their snacks into one pile.  They do this because all of the children do not have food.  It was an incredible display of community.  They literally shared everything they had.  They beamed with life as the munched and smacked.

One of Jason’s favorite things during his extended stay in South Africa over the summer was Life Group where he connected with other believers from church.  Everyone wanted to go. The meeting was held in the home of a man name Andrew, who is probably in his late sixties.  He was the most inviting and welcoming man I have ever met.  Jason said that at church one day he was approached by Andrew and asked if he would like to join his Life Group.  “Thanks Andrew, tell me some of the details.”

“Well, I’ll get back to you with those because I am only conceiving of it now.”

The meeting had about twenty-five people.  We had picked up some quiches and pies that we brought.  They served sweets and tea.  There was a twisty donut thing that had been dipped back in sugar, a powdered sugar covered dumpling sized pastry with a cream center, candied pineapple and a cake that tasted like a Twinkie.  Some of the characters in attendance could have been the subject of an indie film.  There was a lady who worked in an auto shop who came to group with oily hands and a shirt with her name on it, an impish little bearded man that called himself Stitch, and a couple with their two daughters among several others.  Two men had prepared to share.  They were eager to hear from us about who we are, what we do and why we were in Africa.  I told the group about 200 Million Flowers, my new non-profit adoption ministry.  Although we had just met, they asked if they could pray for the organization at the end of the night.  I eagerly agreed.

The first man who shared talked about the power of authenticity in our lives, where the inside self and the outside self meet each other.  He intertwined biblical references with his own story of sexual abuse, bullying and immorality using the context of spiritual warfare and the character of Satan as the accuser, prince of darkness and father of lies.  Christ is the opposite.  The answer for him has been to turn on the light by being authentic.  Secrets and darkness give Satan a foothold.  As a “Christ killer”, one already knows the worst thing there is to know about me, so what do I have to hide now?

The second man who shared was a lawyer and a non-salaried staff member of NFC.  He talked about Erastas, a little known figure in the Bible that is mentioned three times in Paul’s letters.  Erastas was the city treasurer –a regular bloke that God thought enough of to name him in the Bible three times.

Prayer time was the highlight.  Everyone prayed at the same time.  I thought it was so cool, just like I did when it happened at church.  At least two men began to whisper in another language.  I thought it was Africans.  Jason later told me they were speaking in tongues.   If three years ago you had told me I would be on a mission trip to an African orphanage 9,000 miles from home and I would be praying with a bunch of people speaking in tongues, I would have called you crazy.  Another interesting part of the time was the component of prophecy.  If moved, a person would speak to another about what they believe the Spirit was saying.  It was experienced by two of our team members.   When there was a pause in the praying, the leader asked for everyone to continue and they did.  When they prayed for 200 Million Flowers, all I could do was turn my palms to the ceiling.  I felt the power of the Holy Spirit.  The plight of the orphan was intensely lifted to God, and I will always remember it.