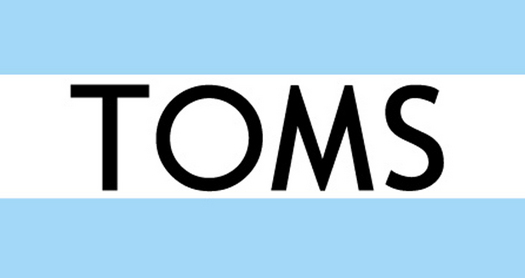 So the other night I was sitting at a table for eight in Shapley’s for the celebration of my friend’s birthday. I had mentioned to him that Rachel and I were in the beginning stages of creating an adoption agency, and he had told the other guests about it before we met up with the group. Inevitably, one of the girls at the table asked me “Why?” Remember, we were not in church, people were having a few drinks and I was presented with this heartfelt, well-intentioned question out of sincere curiosity. While the table crew silent, all eyes were focused on me. I needed to have an answer. I don’t know how well I responded to the question for my slightly intoxicated audience, but here is the answer after having a little time to reflect:

There is a global orphan crisis. According to the United Nations Children’s Fund (UNICEF), there is estimated to be between 143 and 210 million orphans worldwide, defined as a child that has lost one or both parents due to death. The calculation does not include children that have been abandoned by their living parents. To give you some perspective about this overwhelming data, the population of the United States is approximately 300 million. There is a population of orphans in the world two-thirds the size of our country. “Religion that God our Father accepts as pure and faultless is this: to look after orphans and widows in their distress and to keep oneself from being polluted by the world.” James 1:27 NIV As a follower of Christ who has been adopted by God into His eternal family, I have a duty to look after the staggering number of orphans in the world.

Adoption costs too much money. The average American makes $41,000 per year according to the United States Social Security Administration. I have two sets of friends that are adopting from Ethiopia. They tell me they will each spend about $35,000 to bring their children home. Statistics I have reviewed hold that adoption costs can range anywhere from $15,000 – $50,000, depending on the circumstances of the placement.

There must be a better, more efficient approach to facilitating adoptions. I am committed to find a way to make it happen. At my law firm, I have been streamlining the internal costs of legal services for over a decade. While our law firm is driven to efficiency for profit, our new agency will be driven to efficiency for accessibility. I also believe that by partnering with the travel industry and using technology to create cloud-based systems, efficiency will improve and costs will decline. There is a huge movement in the American church to support adoption. The supply of orphans is obviously there; so basic economics requires the price to drop.

An adoption allows a couple to redefine their family. I have been in the business of reshaping families in Mississippi for over ten years. My sad cup is full of divorce, death, adultery, abuse, addiction and a whole bunch of bad stuff, and that is not even including my self-inflicted wounds. Adoption provides a child with a necessary home base- a foundation. Certainly no family is perfect, but I believe that having even the average dysfunctional family is better than none.

Finally, I am ready to move from success to significance. I have been very fortunate to cultivate a very successful law practice over my career at a relatively young age. As I am watching my father fight for his life at age 81, I am very aware that I am at halftime, at best. When I walk into heaven, I want to have more to say than I made a bunch of money and accumulated self-aggrandizing recognition using the world’s measuring cups. Why can’t a lawyer utilize theToms shoes business model and give something back? Aligning my talent and energy with God’s heart for the fatherless is a natural fit.